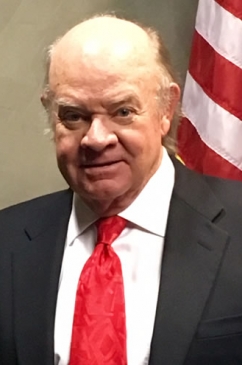 Founded LSS Consulting in 1991 after 23 years as a sworn law enforcement agent. Timmons served in the U.S. Army, 2nd Infantry Division, assigned to The Criminal Investigations Detachment in Korea. After completion of his military service, he joined Oak Park, Michigan Department of Public Safety, performing police, fire and rescue duties. In addition to Public Safety assignments, Timmons served 9 years on The South Oakland County, Michigan SWAT Team and several terms as an officer in The Police Officers Association.

In 1981, Timmons received an appointment to the FBI and after completing the FBI Academy, was assigned to Detroit Division. He was assigned to bank robbery, fugitive, organized crime and drug squads while in Detroit. Timmons served 9 years on the FBI SWAT Team and acted as liaison agent to The Ontario Provincial Police. In Detroit, Timmons did extensive undercover work with motorcycle gang and drug related investigations both nationally and internationally.

In the 1980’s Timmons initiated a Detroit investigation spanning five years, which in conjunction with agents from Tampa, Denver, Dallas, Charlotte and New Orleans Division, resulted in the indictment and conviction of over 300 drug smugglers.  Timmons spent a lengthy time undercover in the Cayman Islands on this case which led to the indictment of General Noriega and the invasion of Panama.